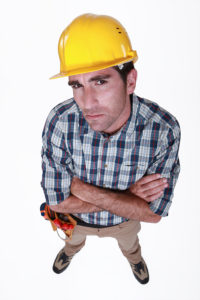 The Financial Burden of a Claim

The Risk of Ignoring Claims

Having a good relationship with a surety bond producer is tantamount to success in the construction industry.  This is true both in the private and public sector.  If, for example, the contractor fell on hard times and defaulted only once but had a solid history of completing jobs without claims.  The surety bond producer may advocate to the underwriter that the default was a one-time occurrence, and to bond the contractor at a higher rate, but still bond them.

Finally, reputation.  Being bonded is something that many contractors take pride in.  It is a badge of honor that they have completed projects successfully, on time and without claims.  By not paying a claim or by having multiple claims filed, a contractor’s reputation becomes untrustworthy, irresponsible and unattractive to work with.

The best way to succeed in any industry is to have a solid and trustworthy reputation.  But this doesn’t come without work.  Working hard to make sure that a reputation is intact, trusted and confident can make a company successful.  Having a knowledgeable surety bond producer, with a great reputation, can help to avoid claims.

We here at Surety Bond Professionals pride ourselves on OUR great reputation, that we have built up over the decades.  We work fast and efficiently to get you the best surety bond that we can, to guide you through the process, and educate you so that unsubstantiated claims bear no weight.  Contact us today to begin assessing your surety bond needs and building a relationship which will help to grow your business.